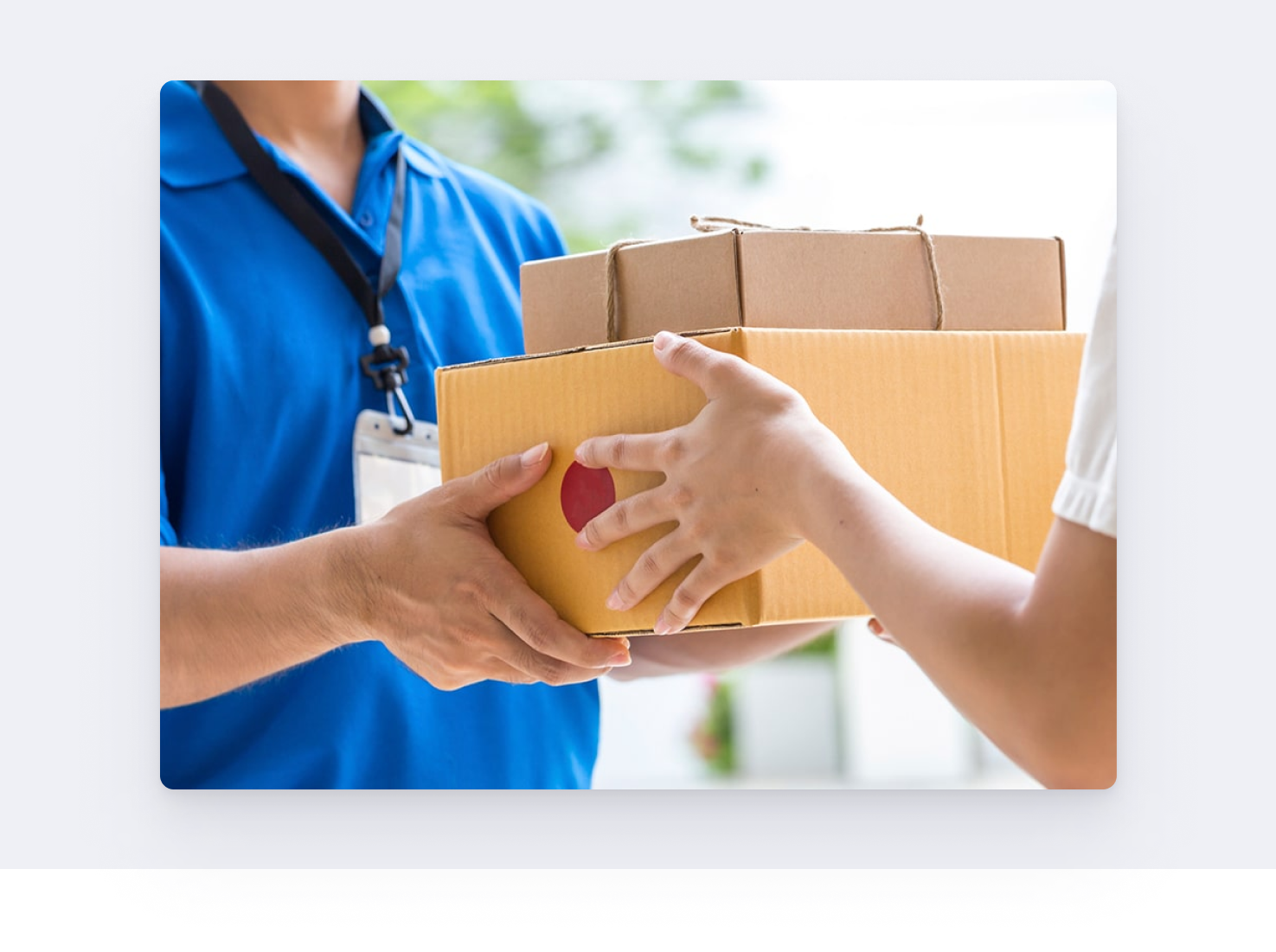 In order to develop a scalable mobile application concept, it was necessary to conduct a comprehensive analysis of both the current situation with the services that provide courier delivery and interaction between the company’s divisions.

Analyzing the situation, it became clear that the existing digital services do not cover both the needs of the business in concept and scalability, and the needs of couriers and drivers in terms of functionality and feedback. 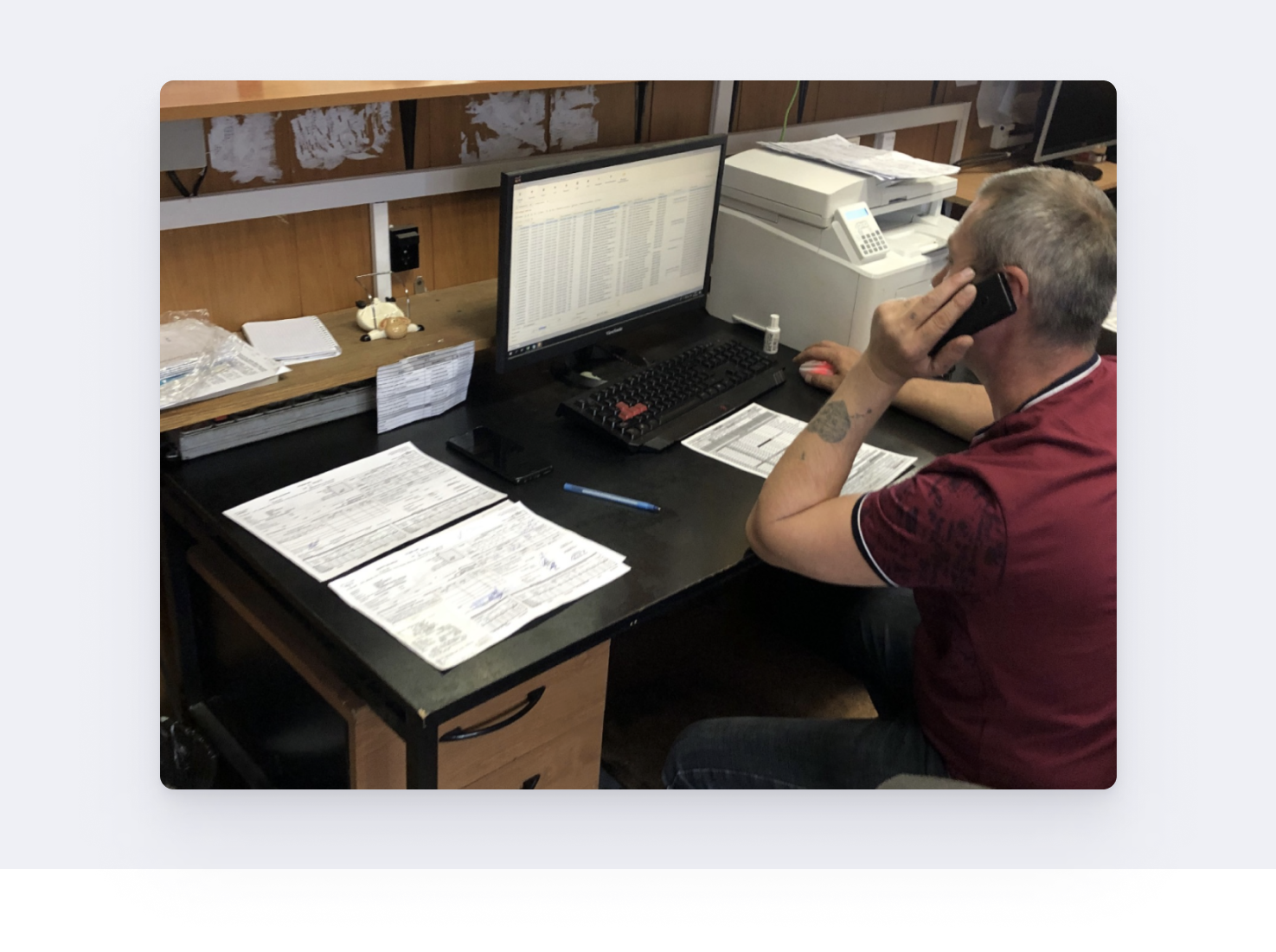 Performing the discovery research, we conducted several cross-team remote design thinking sessions. During the sessions we found out, that scenarios of users who manages the shipping process and who delivers shipments to the client often have overlapping areas of responsibility. Conflicts of interest lead to inefficient operation of the entire system.

We started working on the mobile app concept by creating a user’s groups and scenarios they follow:

We divided the series of scenario interviews into four phases: 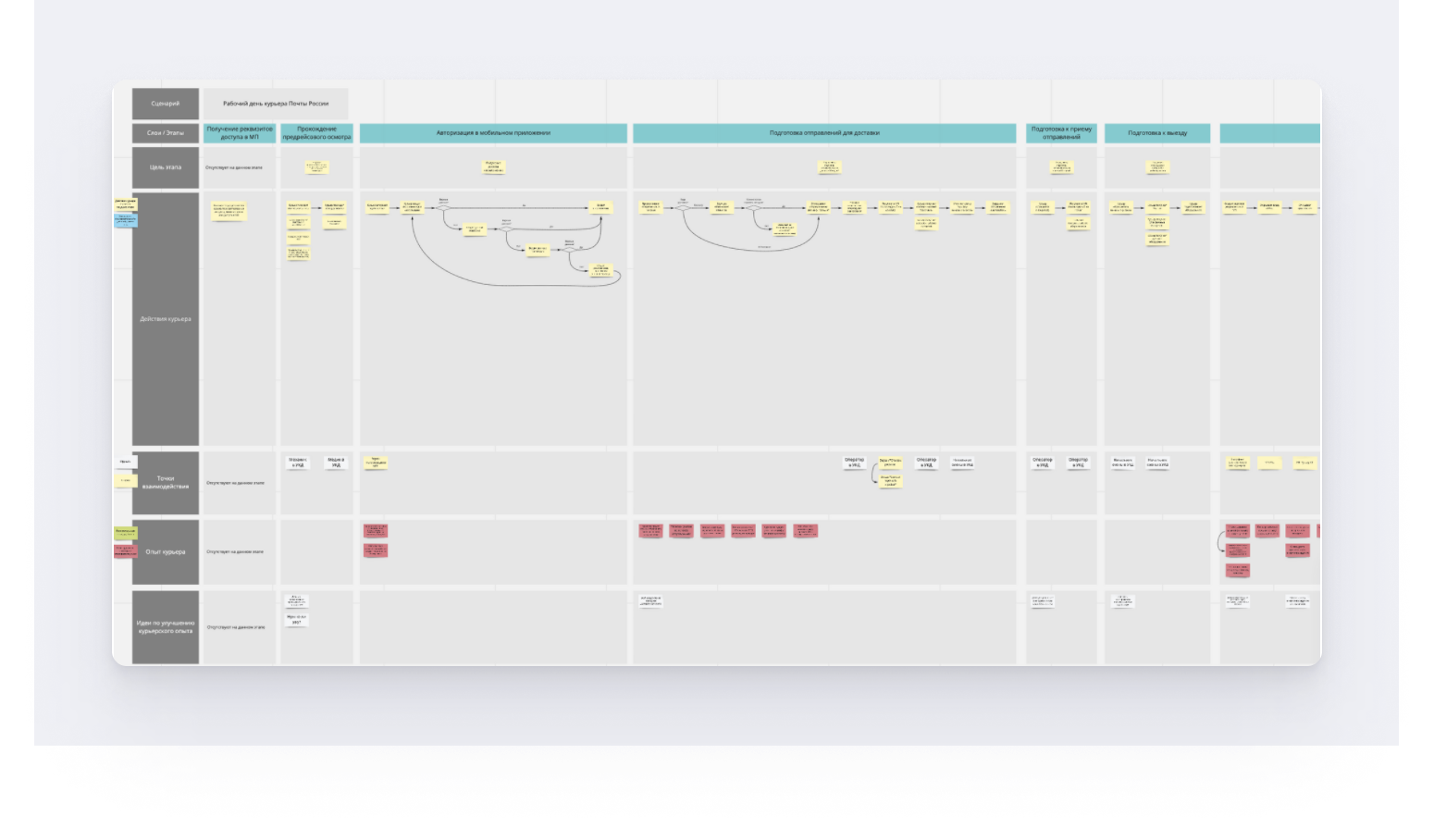 Based on the information obtained, we developed CJMs for each of the courier roles, as well as for dispatchers. The analysis performed allowed us to identify the following top-level hypotheses:

Simultaneously we conducted extensive research of the customer experience. In-depth interviews, customer surveys in the Russian Post mobile app and third-party services allowed us to identify the main pain points of the customer journey:

We’ve made user support a separate stream as a critical part of the process and main provider of feedback.

Team decided to implement united orders exchange for all roles. Every day dispatchers assign new tasks to couriers, drivers, and postmen. These tasks are mandatory to complete. In addition, all users of the application can get orders (for each role) from the exchange, if there is time in the shift to complete them.

Each task is divided into stages, the passage of which is recorded in the system. Previously, the driver had to record the time spent on each stage in a printed itinerary. We have automated the process of accounting for control points with the integration of geosystems collecting information of all the movements of the courier car and sensors system on the vehicle itself. This way, the driver doesn’t have to mark points manually and can focus on serving customers. In the job card we added recommendations for each step. For example, the app reminds the courier what equipment he needs to take with to provide high service level to the customer.

To validate the user experience in the MVP of the mobile app, we conducted numerous rides with couriers on real routes to track bugs in the scenarios and evaluate how the couriers work with customers. During the tests, we found out: 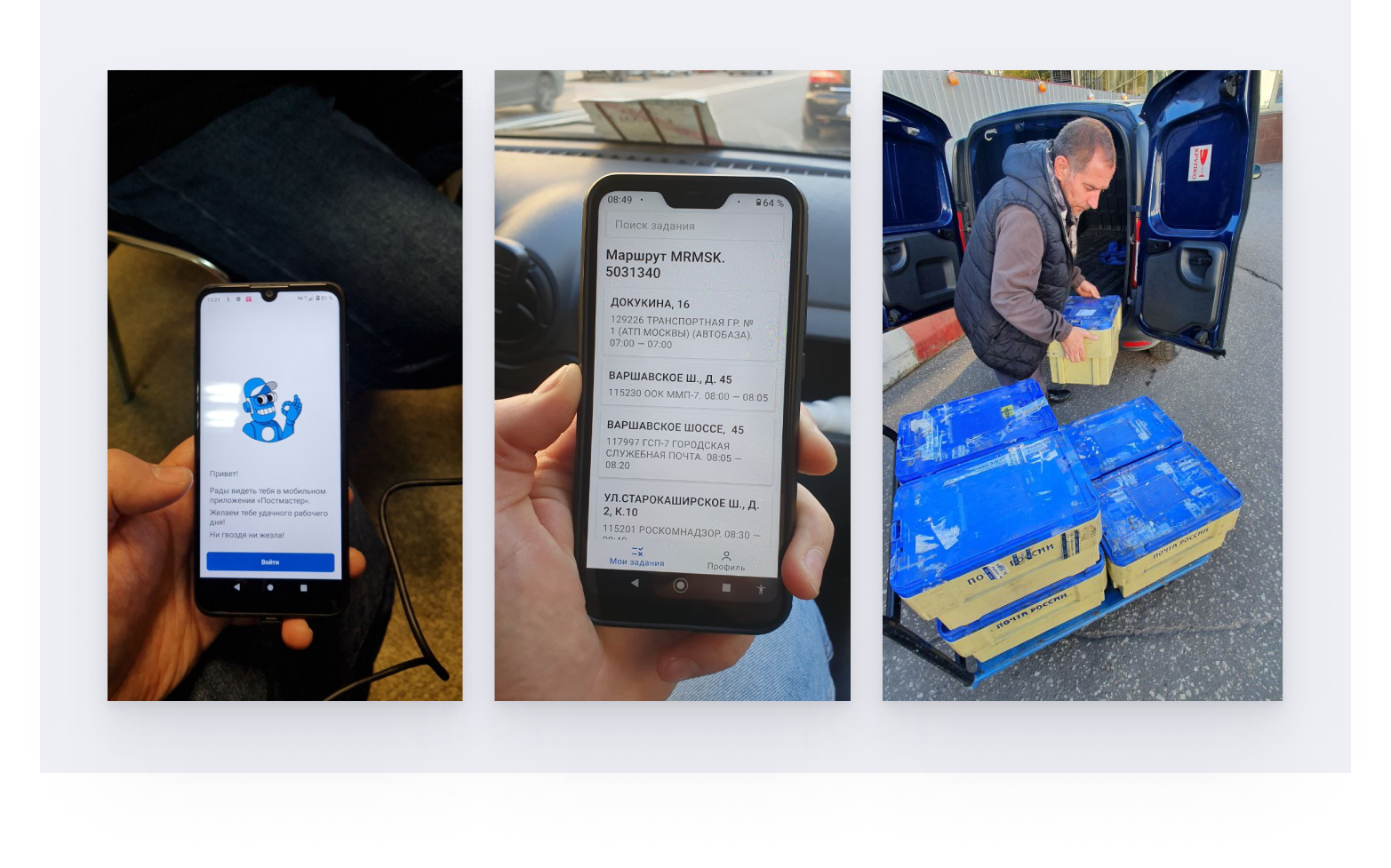 By measuring the time it takes the user to complete each stage of a task in the mobile app, we identified areas of scenarios where there were difficulties. We made changes to the app interface based on the A/B testing we conducted, dividing users into cohorts: mainline drivers, couriers, and mail carriers.